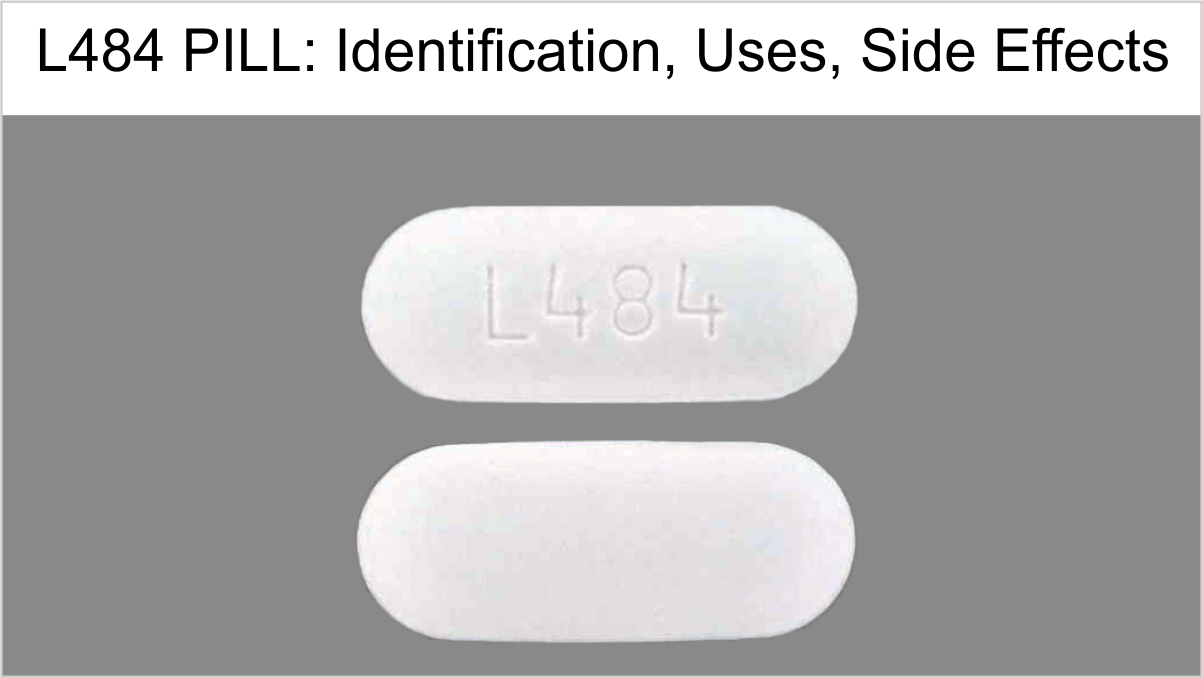 Capsule shaped L484 Pill is a regular painkiller with Acetaminophen 500 mg as an active ingredient. L484 Pill is used in the treatment and management of Fever, Backache, Headache and other mild to moderate pain condition.

L484 Pill will start its action after one hour of administration.

Consume L484 Pill after a meal to avoid any gastric side effects.

Acetaminophen is a choice of painkiller in pregnancy and breastfeeding mothers.

Do not take L484 Pill for more than 10 days unless it is recommended by the doctor.

Who can and cannot take L484 Pill

Always follow the dosing interval and instructions given by the prescriber as he is the right person for you to advise you on the use of L484 pill.

The recommended dosing interval for L484 Pill is minimum four hours, Considering the fact that effect of L484 Pill last for 6 to 8 hours, Maximum dosage interval for L848 Pill should be 8 hours.

If you miss any dose of L484 Pill, Take it as soon as you remember it. However, If it is almost the time of the next dose then you should just skip the missed dose and continue with next dose.

Do not take a double dose to make up the missed dose as you might get overdose of L484 Pill.

If you forget doses often, Make a habit of taking pills on same time of the day so that you are less likely to miss any dose.

What happens in overdose of L484 Pill?

Contact emergency helpline or 911 immediately if you feel any severe symptoms of L484 Pill.

Side effects of L484 Pill

Like other pills, L484 Pill also causes some common side effects in some percentage of people. Although they are very rare and may go on their own without any special treatment.

Common side effects of L484 Pill

Talk to your local pharmacist or doctor if you feel any troublesome side effects after taking L484 Pill. Discontinue the use temporarily if you get severe side effects.

L484 Pill can be taken while being pregnant. In fact, Paracetamol is the choice of analgesic used in the Pregnancy.

This pill can be taken by Pregnant & Nursing Mothers safely, Pill does not passes its drug through the milk or cause any harmful effects on fetus.

For more information, Talk to your doctor and pharmacist.

Drug interaction can change the way L484 Pill works and may produce serious harmful effects. Inform your doctor about your ongoing medication including your nutritional supplements to avoid any further drug interaction.

Following is the list of drug which interact with L484 Pill: 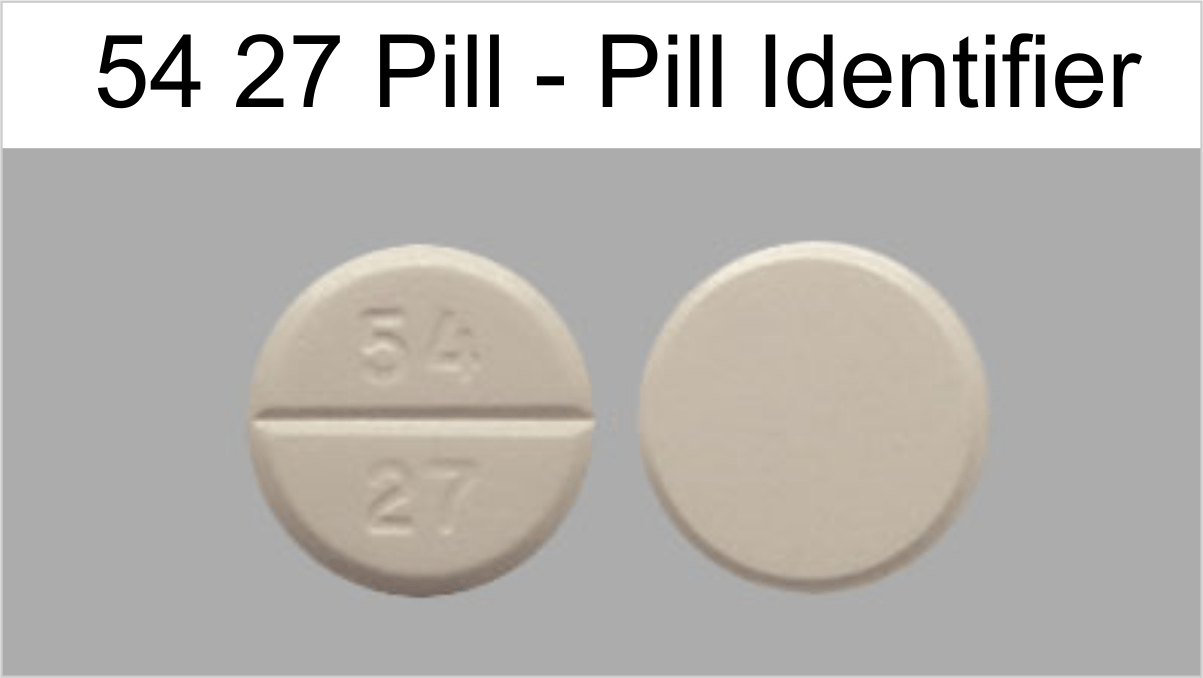 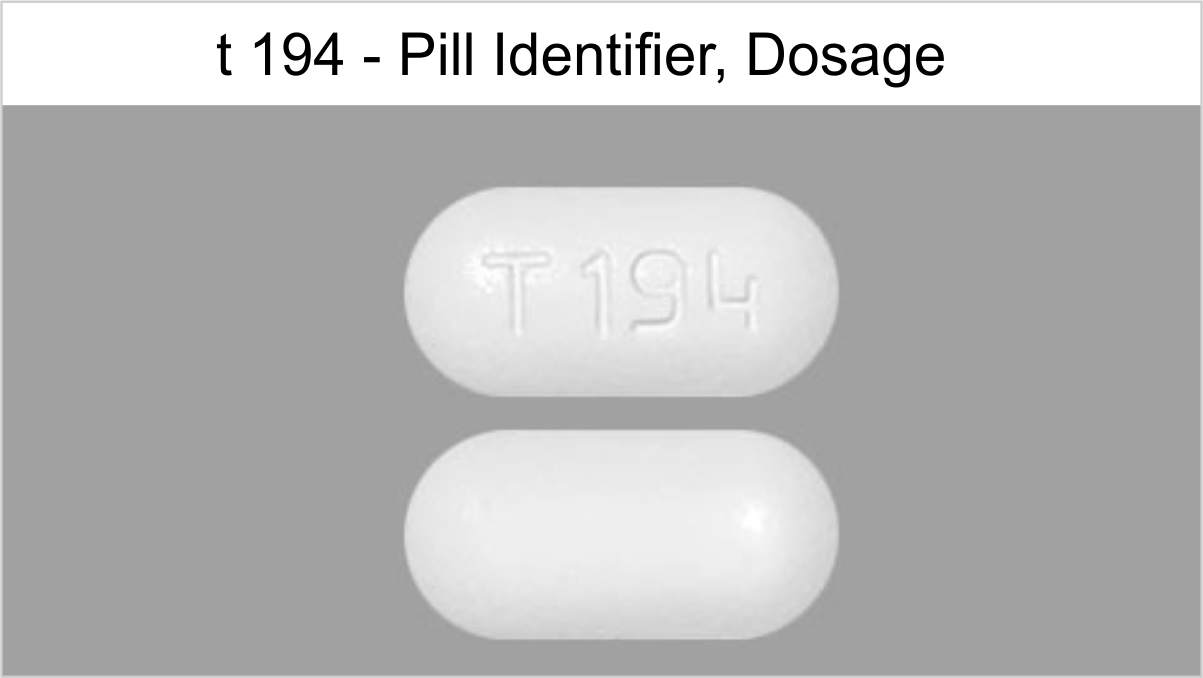 t 194 pill is used to treat moderate to severe pain in many conditions like Postoperative Pain, Cancerous Pain, Arthritis, etc…

The common dose of t 194 pill is usually one pill per day or twice a day. The dosage completely depends on your condition and response to the treatment.

It is important to follow the dosage regimen provided by the doctor to maintain the efficacy and safety of the pill.

Take the t194 pill simultaneously same time at each day to space your doses equally.

If you missed any dose of t 194 pill, Take it as soon as you remember it. However, if it is almost time for the next dose, you should skip the missed dose and continue with the upcoming dose.

Do not take two doses simultaneously to make up the missed dose.

If you are prone to forgetting doses, it could be beneficial by setting up an alarm that will remind you. You can also consult the pharmacist for advice on reminding yourself to take your medication.

It is important not to exceed the dose prescribed even if it’s not enough to ease the discomfort. Consult your physician first you believe that you require a new dose.

Contact nearby poison control centre or 911 to seek immediate help.

Allergic Reactions: People who had allergic reactions with any ingredient of the t194 pill should demand alternate medication.

Alcohol: Alcoholic or other narcotic substances should be completely avoided while taking t 194 pill as it may make you more prone to side effects.

Head Injury or CNS Disorder: People with CNS disorders like seizures or fits should avoid this pill.

Pregnancy: t 194 pill should be avoided in pregnancy unless the doctor recommends it.

Driving: It is said that t 194 pill makes drowsiness and sleepiness, making one have difficulty driving or operating the vehicle.

Like other pills and narcotics, t 194 pill may cause adverse reactions in certain people, but many people are not affected by side effects or have only minor side effects.

The greater the dosage of t 194 pill, the greater likelihood that you’ll experience negative side negative effects.

Talk to your doctor if any of the side effects cause trouble in daily activities.

Know Everything About T258 Pill 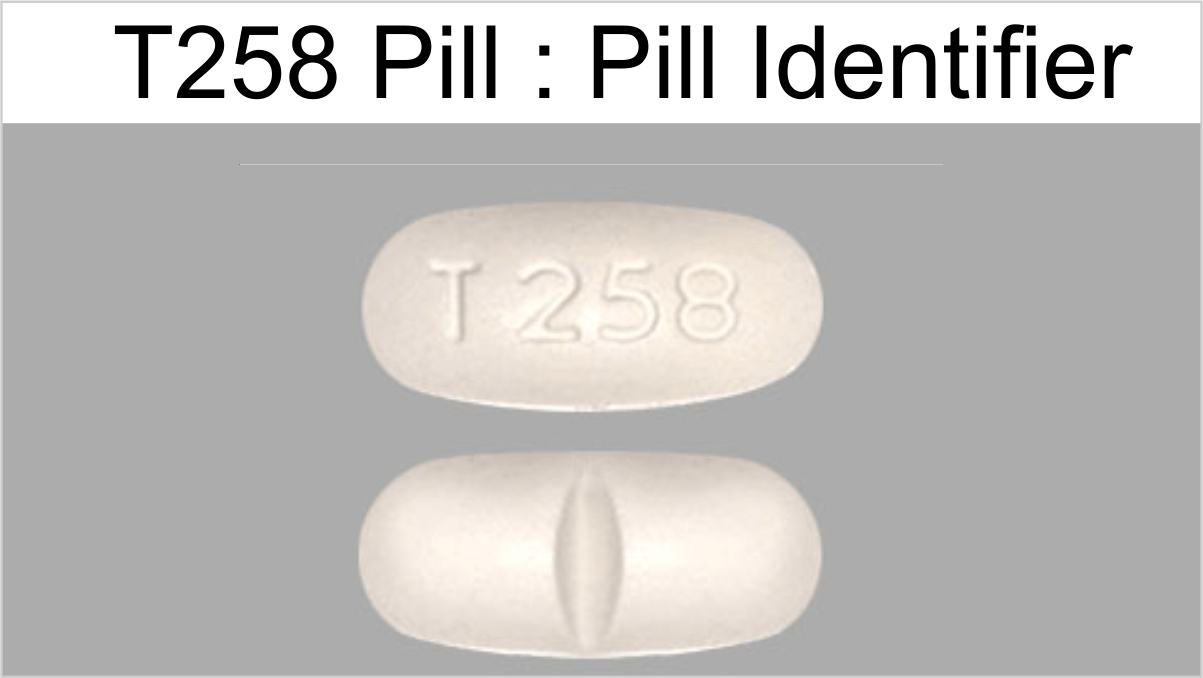 t258 pill is used to treat and manage moderate to severe pain of Ankylosing spondylitis, Rheumatoid arthritis, Osteoarthritis, and other painful disorders.

The usual dose of t258 pill is one pill every day, but it may vary upon your condition and response to treatment.

It is recommended that you follow all the instructions given by your prescriber to maintain the safety and effectiveness of the pill.

In case of a missed dose, You should take it as soon as you remember it. However, skip the dose if it is almost time for the next dose.

Set the alarm; if you often forget the dose, it might help you remind.

Never take an extra dose to make up for the missed dose, as you might end up in overdosage symptoms.

Taking too much of t258 pill may cause you serious trouble. Following are the symptoms seen in t258 pill overdosage.

Give activated charcoal to the patient to remove the unabsorbed amount of t258 pill.

Allergic Reactions: People who have an allergic reaction to any ingredient of the t258 pill should avoid this pill.

Heart Disease: Patients with heart disease such as heart failure, electrolyte abnormalities, bradyarrhythmias, or other cardiovascular conditions should avoid this pill.

Alcohol: Consumption of alcoholic beverages or any narcotic substance should be strictly avoided while taking the t258 pill.

Pregnancy & Breastfeeding: In pregnancy, it is recommended that this medication be administered only when required. It could harm a newborn baby. Discuss the potential risks and benefits with your physician.

Kidney & Liver disease: dosage adjustments should be made before being used by patients with kidney or liver failure.

Young childrens and older patients may get more side effects than adults.

Side effects of t258 pill

Like all other medications, T258 pill also causes some mild to moderate side effects.

However, They are very rare and may be seen in 1 out of 100 people.

Common side effects of t258 pill

Most of the side effects go away on their own and don’t even need any special treatment.

However, Talk to your doctor or local pharmacist if any of these side effects don’t disappear within a day.

Drug interaction may change the way the t258 pill works, and it may alter the desired effect of the pill and may produce a side effect.

Following is the drug list that may interact with the t258 pill.

talk to your doctor about your current medications, including nutritional and herbal supplements.